The Ōtanewainuku Kiwi Trust is a community-based conservation Trust formed in 2002 by Te Puke Forest and Bird and other members of the community concerned at the decline of North Island brown kiwi in the Ōtanewainuku Forest.

Much of the work of the Trust is based on volunteers – from the trustees through to the pest management teams, kiwi team, kōkako team, education, communication, fundraising, finances, database management and administration.

Volunteering Bay of Plenty, with funding from Western Bay of Plenty District Council, coordinates our volunteers. Many thanks to our many hundreds of volunteers who have helped out over the years. Together we make a difference!

Pest control
Animal pest control at Ōtanewainuku Forest is a mix of trapping stoats, ferrets, weasels and feral cats, pig culling and an annual bait station operation to reduce numbers of rats and possums. The bait station operation starts in August and finishes in October giving birds in the forest the best chance of breeding in spring by reducing predator numbers.

While the kiwi and kokako are our main focus for predator control, all the other birds benefit too, along with bats, lizards and invertebrates. The trees, shrubs and other plants also benefit because fruit and seeds are able to complete their vital life-cycle.

Kiwi management
It is important to preserve the genetic purity by only moving birds within their taxa range. Ōtanewainuku belongs to the eastern North Island Brown Kiwi taxa area which includes East Coast, Bay of Plenty and Hawkes Bay.

Kiwi chick rearing with Project ONE (Operation Nest Egg)
During the kiwi breeding season, June – February, the Trust volunteers trained to work with kiwis combine with DOC staff to maximise the chances of chick survival. Fertilised kiwi eggs are taken from the wild to a specialised incubation facility (Kiwi Encounter in Rotorua).

At Kiwi Encounter the chicks remain in a controlled environment for five to six months to become big enough (at least 1kg) to defend themselves against stoats once they are released.

To obtain kiwi eggs, we need to know where the males’ burrows are and how many days the eggs have been incubated. Volunteers use radio tracking equipment to monitor our kiwi, most of which carry miniature radio transmitters to gain this vital information. Sometimes specially trained and muzzled kiwi-tracking dogs are used to sniff out new or missing birds.

Unlike any other bird species, the kiwi chick hatches fully feathered. After a week it follows its father around outside, learning how to forage. The father protects it around the nest burrow, but if it strays it is vulnerable. At around three weeks the adult moves away and the chick continues to use the burrow as a base, venturing further afield. It is very vulnerable to predators at this stage.

Kōkako
We introduced kōkako to the forest from two other Bay of Plenty forests, Kaharoa and Rotoehu. This distinctive bird originally frequented the forest but the small remnant population was removed in the mid eighties to the safety of Little Barrier Island. Kōkako complement kiwi and other native bird life in the forest. Trust volunteers and DOC staff worked together to carry out this translocation.

Education
The pristine Ōtanewainuku forest is loved by the residents of Tauranga and Te Puke as a special place for children and adults to visit, get some exercise and learn about the flora, fauna and history of the area. Our volunteers spend time acting as guides for visitors, especially school parties. Special favourites of children are the tame toutouwai (North Island robin), which have become common once more due to our successful pest control.

Fundraising
Although most of the work of the Trust is carried out by unpaid volunteers, pest control and kiwi management require ongoing funding. The Trust is continually raising funds from individual donors, corporate sponsors and like-minded community organisations.

You can become a member, sponsor a hectare, make a donation, be a corporate sponsor, make a bequest in your will, or get your local school or community group involved. 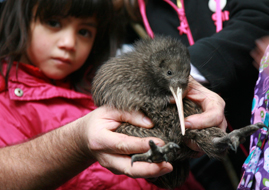 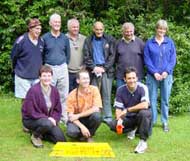 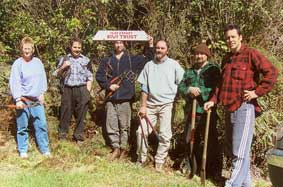 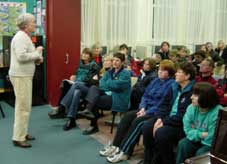